A number of Easter Eggs are hidden throughout the Co-op mode content. These are listed below.

Clicking the crystal in the middle of the calldowns bar (shown below) for Alarak will cause him to say a few things after the 7th click as follows:

After the last quote, the click counter gets reset and you will need to click a few times again before you cycle through the quotes.

When the Heroes from the Storm mutator is active, if you devour the Dehaka with your own Dehaka, your Dehaka will say "Death to the weak!".

If you click Fenix 80 times (each click needs to be less than 0.5 seconds away from the previous click) in a row, Fenix will die and will respawn as Talandar.

When you have researched all the Champion A.I. Personalities for the Purifier Conclave and have each of the Champion A.I.'s on the field, the next probe you create from your Nexus will be Probius. He is shown below:

There is a teleporter near the south-west bonus area. Moving a unit into the square will spawn one of objects in the teleporter.

The location is shown below: 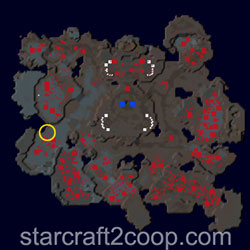 The objects that you can get are shown below: 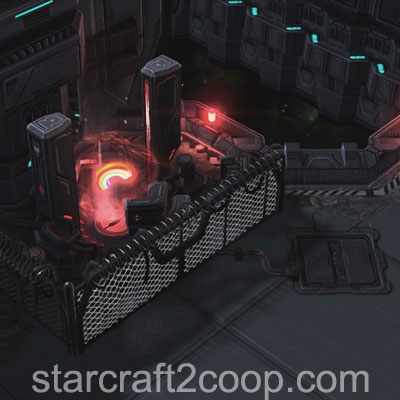 Behind the final Hybrid, there are a couple of marines standing there. One is named Buswolley and the other Kionius, named after two people involved in the original map design.

Their location is shown below: 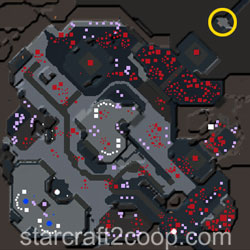 Additionally, there are some Moebius Employees that say something when they are clicked. They are in a pair, and will spawn in one of three locations on the map, shown below:

Below is what they look like, for each spawn location, from 1-3 respectively: 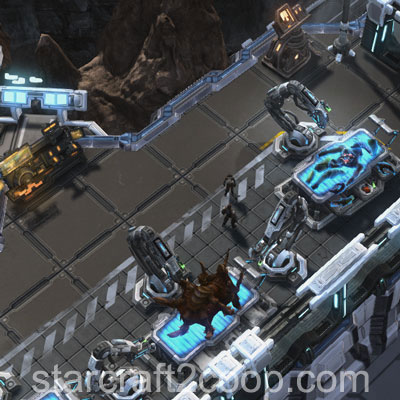 They will provide one of two possible voice lines, below: